Dear Steve... I hear that iOS6 will not be supported on Pad1. Now you see... I thought that I wouldn't upgrade my beloved iPad1 to iPad2 because it was a waste of resources (and money) to justify for such a small difference in the products. So I happily stayed, very productively, using my iPad1. So then your disciples tried to tempt me into using up some more of this planet by releasing iPad3. Hmmm... now I'm a photographer, and the big issue I have with it is that the screen colour isn't as good as it used to be. Frankly it's horrid in comparison. Yes, I know they made the screen resolution good enough to sell it for use in the Chinese and Far East markets (it's something to do with the character sizes Steve) and faster, but you see I'm still getting excellent and highly productive service from my iPad1.. Believe me I've been tempted. But no, I'll stick with my 1 a while longer thanks. But Steve! Now I hear that iOS6 won't run on it, nor will new apps that need it, or run app updates that need it, nor all those lovely mapping apps I use that will be switching to the new Apple mapping system I guess. Sigh.... So it looks like I'll be destroying more of the planet this Autumn then, and I guess that this old bird will not be wanted by anyone very much, and be winging its way to meet you in Apple heaven soon after?

I dare say your dedicated brethren will still be fighting amongst eachother to be baptised at the Apple store cash tills on the day the next gen1 product is released. But may be... may be, after this, normal consumers will be a little more hesitant to buy gen1 Apple products in future and that will reflect enough in your disciple's figures for them to offer reassurances as to the supportable life of Apple products.

Now I know that you're dead and buried, and this won't matter a hoot to you anymore, but I hope you're ashamed of the shamefully consumptive legacy you've left your disciples practicing and promulgating on this planet.... But you know what... I somewhat doubt it. 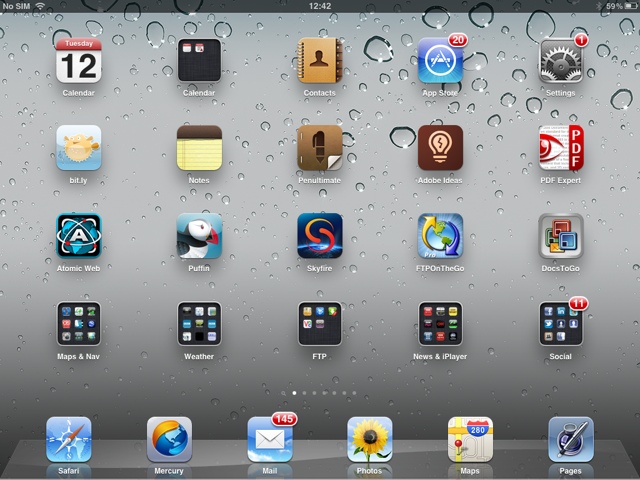